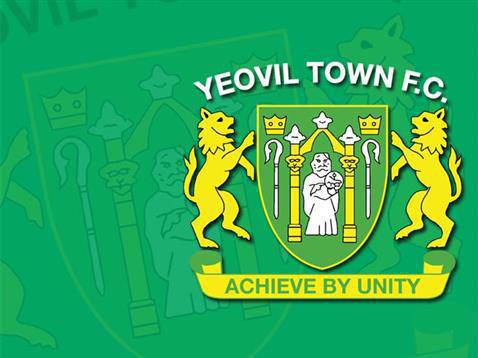 YEOVIL Town Football Club – currently 17th in the Sky Bet League Two table and still gunning for honours in the Somerset Premier Cup - has announced manager Darren Way has signed an extension to his contract which will see him remain at Huish Park until at least June 2021.

The news will divide those supporters who still attend Yeovil Town games on a regular basis, but will probably be greeted with derisory comments from the 2,000-plus who no longer bother to attend matches.

The club statement – issued on Tuesday (November 20, 2018) – reads: Way, who began his tenure in December 2015, retained the club’s EFL status in 2015-16 by engineering a miraculous turnaround before being rewarded with a three-year deal.

Since then, the 38-year-old has been entrusted with overseeing the restructuring of football operations at Huish Park, which has played a significant role in successfully stabilising the football club.

Club chairman John Fry said: “When Darren stepped up to be manager in December 2015, the club was on the ropes and looked doomed to suffer a third successive relegation and loss of EFL status.

“Not only was Darren able to turn things around that season, but since then he has stabilised the club and has led us to some memorable games including the historic Emirates FA Cup tie with Manchester United.

“Darren also shares the club’s ambition to return to League One before the end of the 2020-21 season, so it makes sense to offer a contract to someone who has proven loyalty, effectiveness and ambition.”

Way himself underscored his commitment to the club by saying: “When I took over, I declared a vision where we could nurture and develop future talent for our benefit both on and off the pitch.  We’ve now grown to a point where the current squad boasts young talent who are assets to Yeovil Town Football Club.

“Young members of our team are representing their countries and all of this has been conjoined with the promotion of our own Academy products. Gabby Rogers and Daniel Ojo have both made their professional debuts in 2018-19, which shows the talent within our ranks which has taken time to build the environment needed for them to blossom.

“We need to continue the work that we’ve done but it’s so important that this squad has direction, focus and stability in order to consistently win football matches.

“Everything we do now is for the future and this commitment from myself and the football club will mark the next chapter in this exciting project.

“We want to deliver success and this contract extension provides a stable platform to see what we’ve built come to fruition, as together anything is possible.

“Thank you so much for your support which doesn’t go unnoticed.”