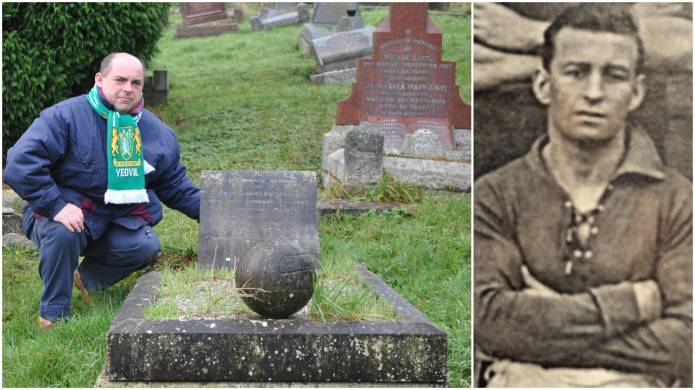 THE lettering on the headstone had faded over the past 93 years and the inscription was barely visible, but the memory of Ernest Joseph Hyman should burn brightly in the history of Yeovil Town Football Club (writes Yeovil Press editor Steve Sowden).

I visited the grave of little-known Ernest Hyman last month - tucked away in the churchyard of St Nicholas’ Church in Radstock, about 30 miles away from Yeovil.

It was a murky grey day with a bit of rain in the air and the churchyard was a typical oldy-worldly place where some graves had clearly not been touched in generations and headstones had tumbled over and some had sunk or crumbled. The churchyard itself would not look out of place in a Charles Dickens novel. 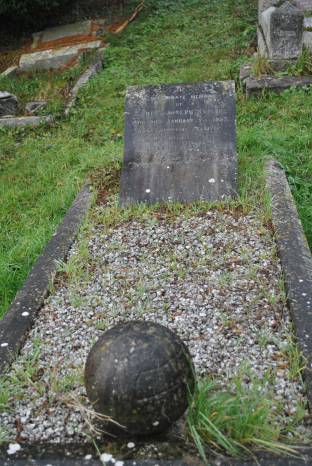 The final resting spot of Ernest Hyman was easy to find – the solitary laced stone football at the bottom of the grave was a unique feature in comparison to the others dotted about the churchyard.

But other than that his grave was fairly unremarkable and did not reflect the remarkably tragic way in which he died as a result of an injury he sustained in a game while playing for Yeovil and Petters United against Taunton United at Huish on Boxing Day 1926.

PHOTO - RIGHT: The grave of Ernest Hyman at St Nicholas' Church in Radstock.

Yeovil won that game against Taunton 1-0 with Thomas Lowes getting the goal, but the remainder of their season in the Southern League collapsed following Ernest’s death with the club in mourning.

I had to look closely to read the inscription on the headstone and at the bottom it said “he always played the game.”

It seems so sad that this 22-year-old lad should see his life cut short as a result of “playing the game” of football.

An opponent’s knee caught Ernest in the abdomen and being unable to carry on in the game against Taunton he was carried off and transferred to hospital.

It was quickly realised that his injury was more serious than at first thought and on December 28 he underwent an operation. The following day he was in a critical condition with internal injuries and despite rallying over the New Year period he sadly passed away on the morning of January 7, 1927, with his parents and fiancé at his bedside.

PHOTO - ABOVE: Yeovil and Petters United taken around 1926 with Ernest Hyman (pictured second from left in the front row).

The Church of St Nicholas in Radstock is a 15th Century listed building which was significantly enlarged in 1879 by the then vicar, Rev Nelson-Ward, the eldest grandson of Lord Horatio Nelson – the famous seafaring naval officer of HMS Victory and the Battle of Trafalgar fame. Two of Nelson’s grandsons, including Rev Nelson-Ward, are buried in the churchyard along with Ernest. 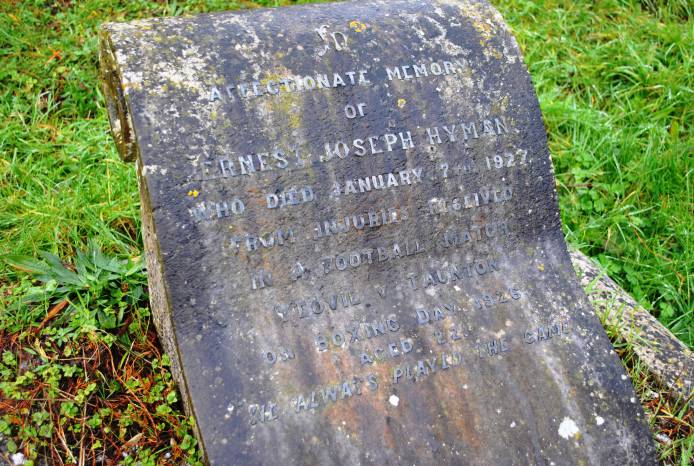 PHOTO - ABOVE: The lettering on Ernest Hyman's gravestone has faded over the years. Photo: Steve Sowden of the Yeovil Press.

The churchyard is on a sharp slope, more steeper than the famous sloping pitch of Yeovil Town’s old Huish ground; but it was the first thing that went through my mind when I walked through the gates in search of Ernest Joseph Hyman.

While Nelson might very well still be held in high regard as a national hero for his actions at the Battle of Trafalgar in 1805 and given such honour in death; Ernest Hyman should be recognised as a true Yeovil Town FC hero even if his passing may have been forgotten over the annals of time. 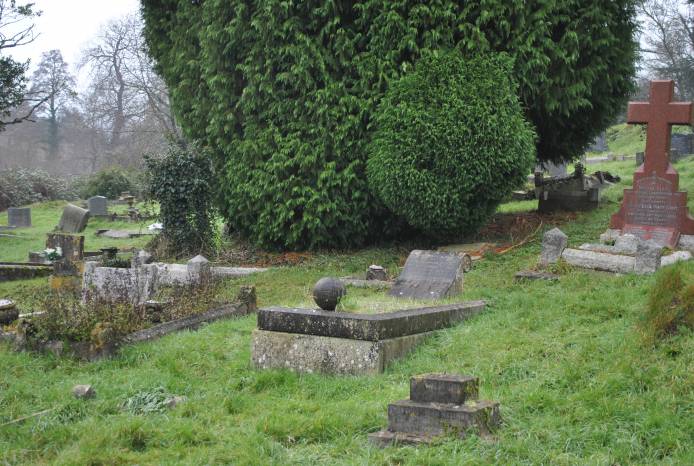