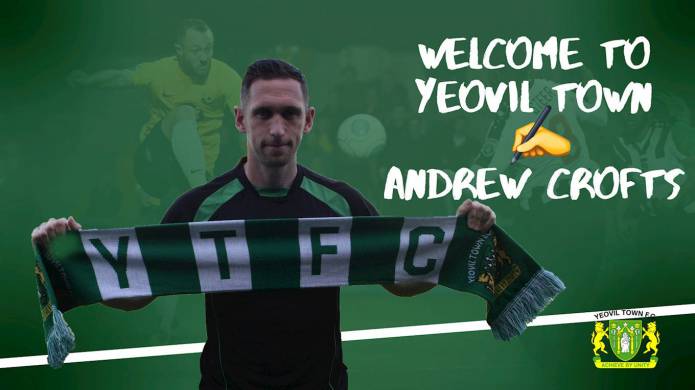 The 35-year-old has arrived from Newport County in League Two and signed a one-year deal at Huish Park where he will balance playing duties and a first team coaching role.

Capped almost 30 times at international level for Wales, Crofts has played in all four of England's top four divisions which including gaining promotion to the Premier League with Norwich City in 2011 where he went on to make over 20 appearances in the top flight.

After securing the veteran midfielder's services, Sarll said: "To bring a player of Andrew's experience into the club at this time is a great coup.

“He still has a thirst and hunger for playing and winning promotions and it's refreshing to be part of the very early stages of his coaching career.

"He'll be a valuable asset to the squad both as a player and in terms of passing on his experience and knowledge to the younger members of the squad."

Starting out his career at Gillingham, the combative midfielder went on to make over 170 appearances for the Gills prior to spells with the likes of Brighton & Hove Albion - where he was made captain – Charlton Athletic and Scunthorpe United.

After a year with Scunthorpe, Crofts headed across the border to Wales where he spent the 2018-19 season with Newport and played a part in helping them to the League Two play-offs.

A spokesman for the Glovers said: “All at Yeovil Town wish Andrew all the best during his time in Somerset.”