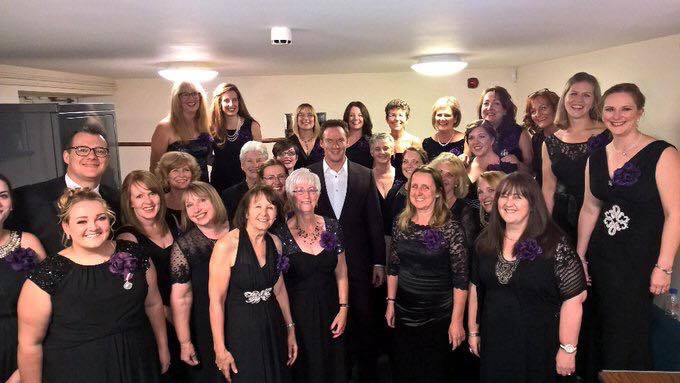 HIGHLY-ACCLAIMED singer Russell Watson has thanked the audience at the Octagon Theatre in Yeovil for helping to make his long-awaited show a “blast.”

There was a sell-out crowd at the Octagon last night (Tuesday, August 10, 2016) for the concert with the world famous tenor – at the third time of asking.

A planned show last November at the Octagon was cancelled due to the singer having an ongoing virus, while the concert had previously been postponed in April 2015 also because of ill-health.

But there was no stopping Russell Watson last night and he wowed the audience at the Octagon with his concert.

Watson, speaking on his official Facebook page, said: “Thank you Yeovil for a warm welcome, standing ovation and sell-out show. It’s been a blast.”

PHOTO - TOP: Russell Watson (centre) with members of the Yeovilton Military Wives Choir at the Octagon Theatre in Yeovil.

His Facebook page has received many comments already from fans thanking him for last night’s concert.

Audrey Haskell wrote: “Wow – what an unbelievable evening. So worth the wait and thanks for the handshake and the gorgeous smile!

“I’ve seen you many times over the years, but this was the most entertaining ever. Please come back to Yeovil soon.”

Maria Cave added: “What a fantastic evening – seeing you was a belated birthday present for my mum and luckily she asked me to go with her.

“The evening was filled with good humour, fantastic voices and brilliant musicians.

“Congratulations to everyone involved. I do hope you can come back to the Octagon Theatre.”

It was also a huge night for members of the Yeovilton Military Wives Choir who had been all lined-up ready to perform with Russell Watson before at his two-time cancelled concert at the Octagon.

But it was third time lucky for the Wives Choir last night and they loved it. 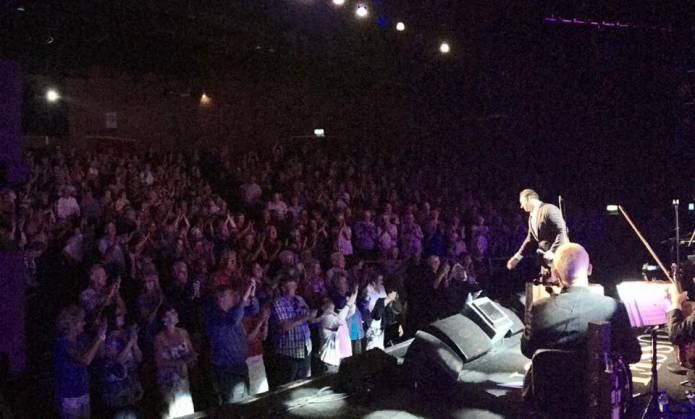 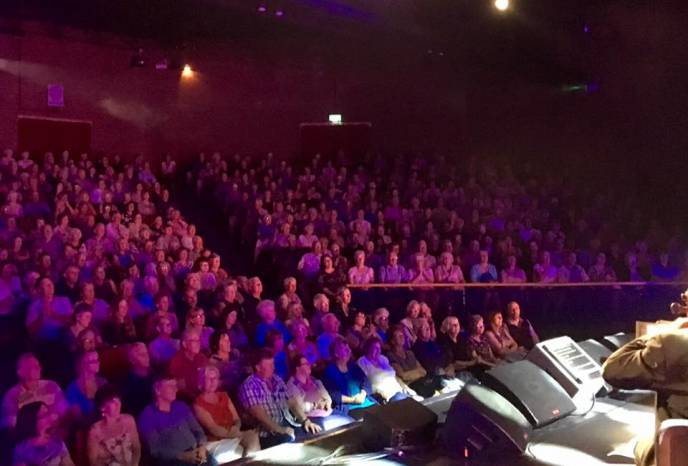