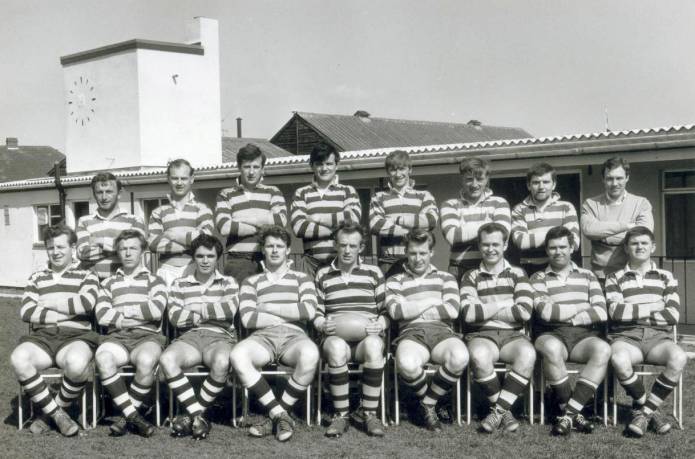 YEOVIL Press reader Julian Cox sent us this photo of a Westlands Rugby Club team photo from the 1960s.

Yeovil Press editor Steve Sowden said: “Many thanks to Julian for this team photo – especially as it includes my late uncle Chummy Sowden.”

If you have any old sporting team photos from when you played local football, rugby, cricket, netball, hockey, skittles, darts etc in the Yeovil area – please send them via email to yeovilpress@gmail.com along with details about the team in the photograph.

Any sporting line-up would be great so we can publish them in future editions of the Yeovil Press and allow people to reminisce.