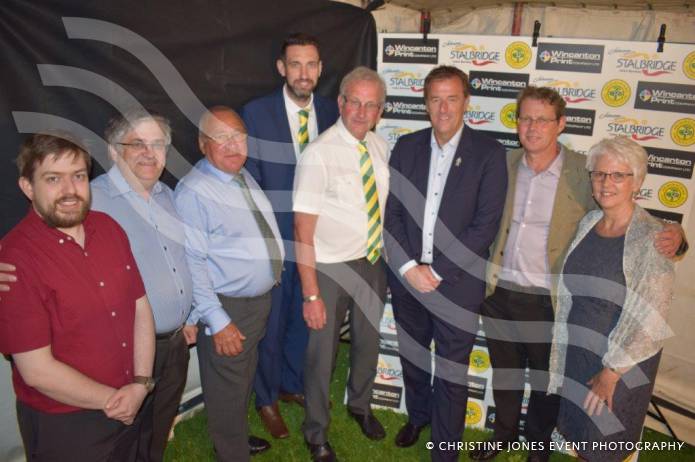 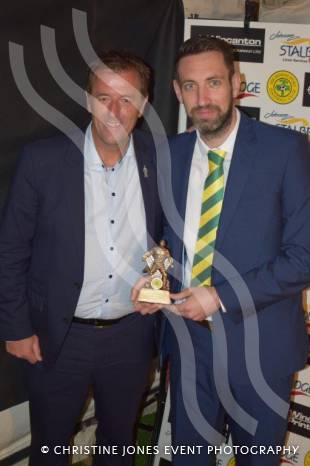 Le Tissier, who made 540 appearances for the Saints and scored 209 goals in a senior career from 1985 to 2002, is now a familiar face on the panel of the Soccer Saturday programme on Sky Sports.

But he has also become an entertaining after-dinner speaker and so he proved at Milborne Port Football Club’s 125th anniversary celebratory dinner on Friday, June 2, 2017.

Le Tissier recalled some amusing anecdotes from his career and congratulated Milborne Port FC on its long history.

“It’s a massive achievement for a club like Milborne Port to have been going for 125 years and so huge congratulations to everybody involved,” he said.

Milborne Port FC was established in 1891 as a result of Messrs Ensors & Dykes glove factories adopting a five-and-a-half day week, finishing work on Saturdays at 2pm instead of 6.30pm.

This was happening across the country at the time as the working classes were given more leisure time, which in turn led to a rise in the popularity of football nationwide.

During a public meeting, Hambden Blandford, son of the postmaster, proposed that organised football be played so that young men of the village could dispose of their excess energy by playing football and so came the birth of Milborne Port FC. 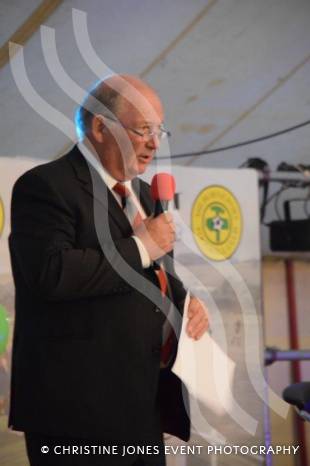 Club chairman Steve Davis, who himself has been involved in Milborne Port FC for more than 50 years, said: “Lots of players have come and lots of players have gone and it was great to see some of the older players at the dinner. Football is all about memories and I’ve got plenty from my time with the club.”

Around 200 guests attended the dinner including the chairman of the Somerset Football Association, Peter Hockley, who is a former chairman and secretary of Milborne Port FC.

“When the club celebrated its 100th anniversary I was the club’s secretary and it only seems like yesterday,” he said.

“On behalf of Somerset FA I would like to offer my sincere congratulations to Milborne Port FC on its 125th anniversary.”

Mr Hockley urged some of the younger players at Milborne Port to think about getting more involved with the running of the club.

Club secretary Simon Fox was presented with a special memento as he was standing down from the role after ten years.

“I’d like to thank everyone who has been involved in the club during my tenure as secretary and for making things a lot easier,” he said.

Also among the dinner guests was club president Stuart Hinks.

Various club awards were presented during the evening by special guest Matt Le Tissier, while the evening was compered by Stewart Masters.

More pictures can be viewed on these links: 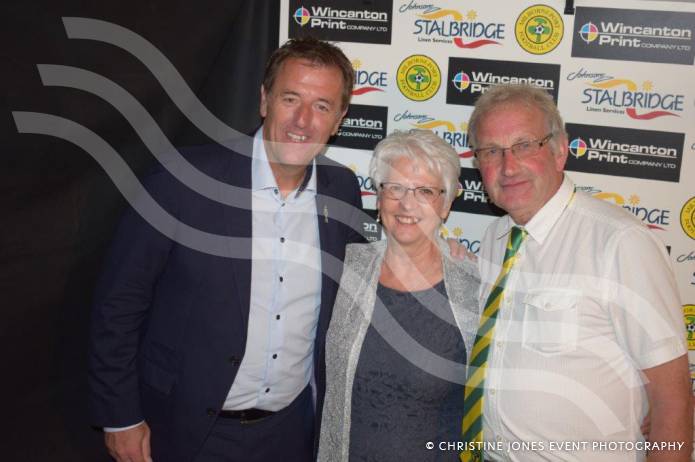 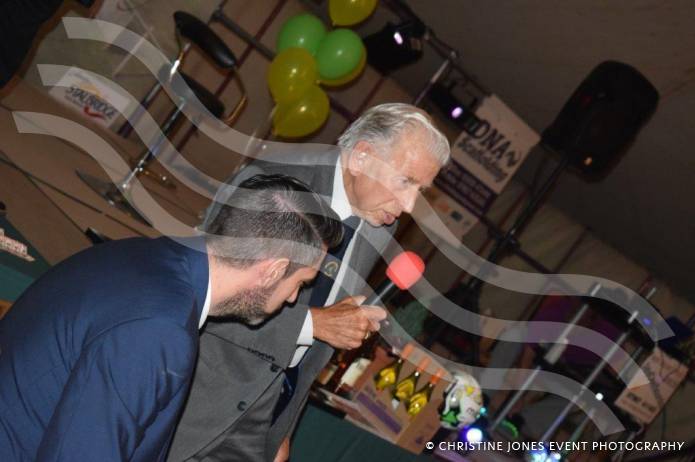 PHOTO - ABOVE: Club president Stuart Hinks speaks at the dinner. 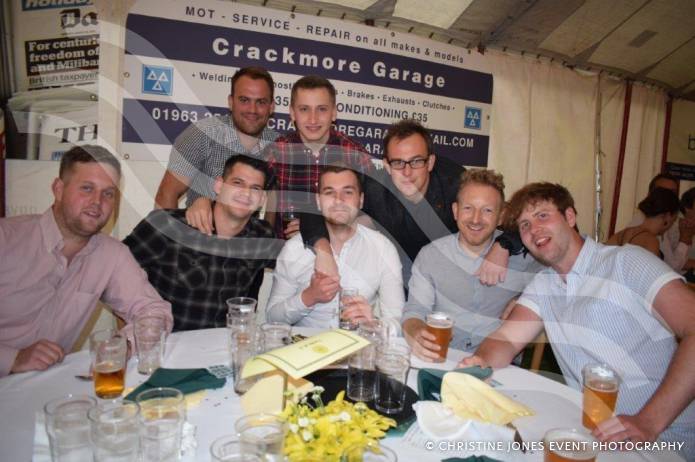 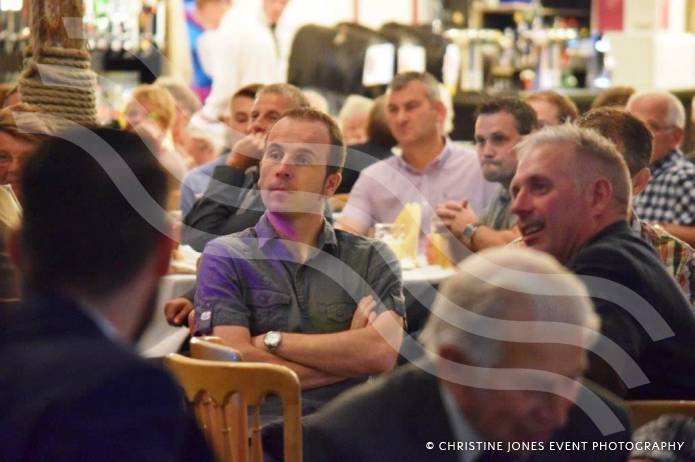 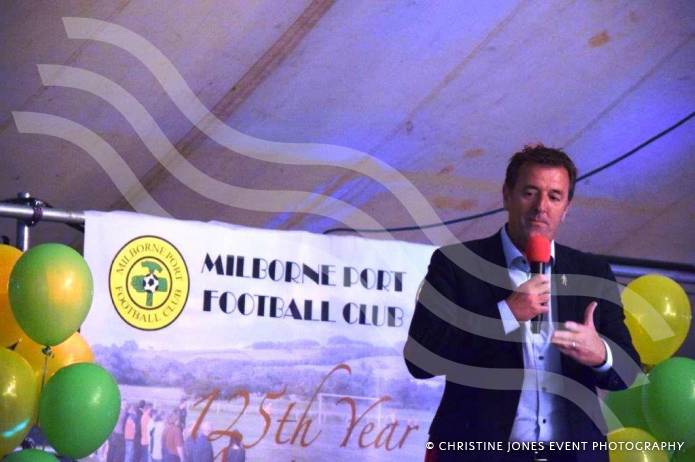 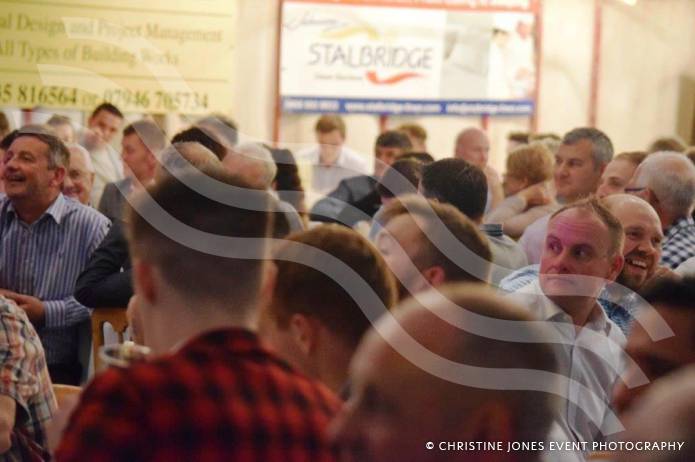 PHOTOS - ABOVE: Taken during the 125th anniversary dinner of Milborne Port Football Club on Friday, June 2, 2017.