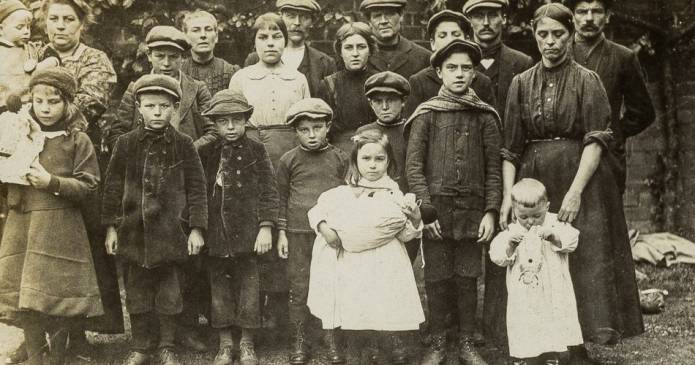 SEVERAL hundred Belgians arrived in Yeovil and neighbouring villages as refugees during the First World War.

The German invasion of neutral Belgium in August 1914 saw more than a million Belgians flee the advancing armies.

The majority of the refugees crossed the borders into Holland, which remained neutral, and France.

But the British Government at the time offered hospitality and Belgian refugees were welcomed to our shores.

A Yeovil Belgian Refugee Committee was set up and a property called Greystones on Hendford Hill was opened as a reception centre and temporary home supervised by a Roman Catholic Sister from Langport and a Sister from the St Gilda’s Convent in The Avenue, Yeovil.

The initial party of Belgian refugee families comprising 50 men, women and children came in at the Town Station in Yeovil on Saturday, October 3, 1914 - the first of several hundred to arrive in this area around that time.

It is believed that around 250,000 Belgian refugees arrived in the UK while fleeing the Germans in the First World War.

The great crime novelist Agatha Christie, meanwhile, is understood to have based the fictitious detective Hercule Poirot character on a Belgian refugee she met in her home town of Torquay.

More news about Yeovil’s past can be found on the A to Z of Yeovil History website at www.yeovilhistory.info .

PHOTO: How the Belgian refugees were arriving in Britain in late 1914.