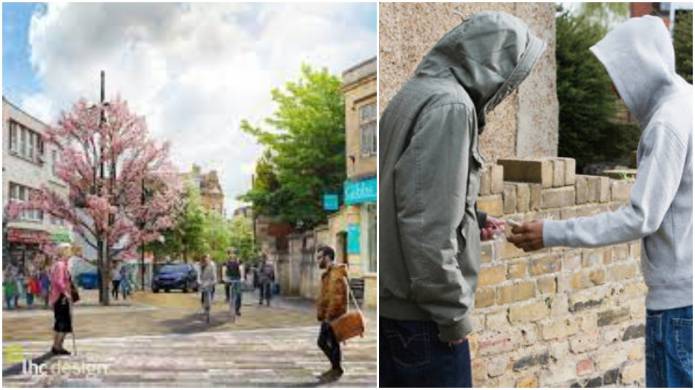 POLICE and other agencies are actively involved in the Yeovil Refresh project which is hoped will give the town a new and much-needed lease of life.

Project manager Ian Timms told members of the Yeovil Chamber of Commerce last month that he was “actively working” with the police and South Somerset District Council’s community teams.

It came after Yeovil Press editor Steve Sowden, who was attending the meeting, said that people were being put off from venturing into the town because of anti-social behaviour problems.

And he added that it would be a real shame if £9m was to be spent on a “refreshed Yeovil town centre” but people were still not visiting the town due to “empty  shops, vagrants sleeping in empty shop doorways, drug-dealing openly happening on every street corner and groups of men drinking and intimidating people walking by.”

Mr Timms accepted the concerns and said there was a “lot going on to deal with the issues and help the individuals involved.”

He said the whole Yeovil Refresh project would be “pointless” if it did not have the desired effect of bringing people into the town so every issue was being looked at to make it a success.

Dave Woan, president of the Yeovil Chamber of Commerce, said at the meeting held on July 8 there was a lot of “joined-up working” among many different organisations.