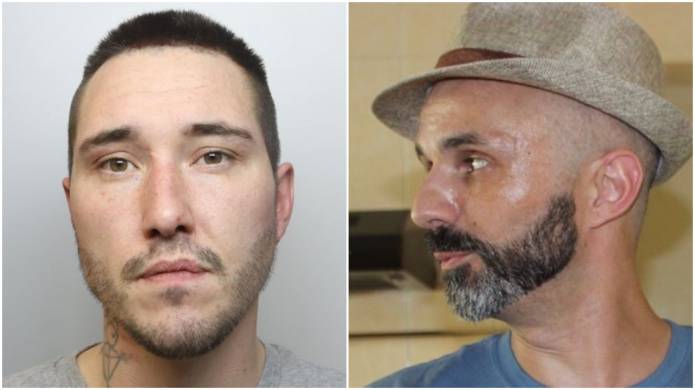 A 30-year-old man has been convicted of murdering Louis Bednall who was repeatedly stabbed in front of his friends at a flat in Yeovil.

Matthew Sheridan, of South Petherton, stabbed 40-year-old Louis at a flat in Hendford Hill, in the early hours of Saturday, December 12, 2020.

Louis, who suffered 14 separate injuries, was taken to Southmead Hospital in Bristol but despite the efforts of medics, he died a short time later.
Sheridan was convicted at Exeter Crown Court today (Thursday, August 5) following a trial and will be sentenced on Friday, August 6.

PHOTO – TOP: Matthew Sheridan (left) has been convicted of the murder of Louis Bednall (right) in Yeovil. 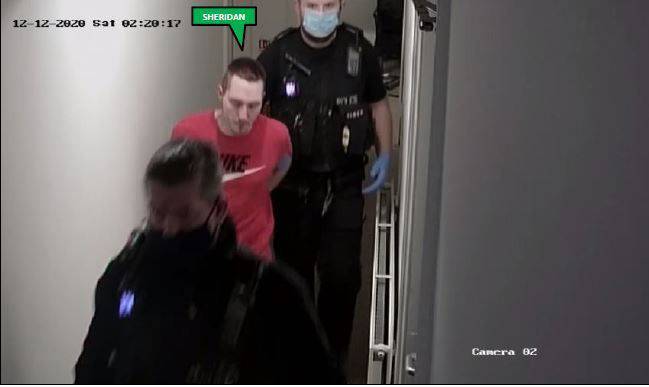 PHOTO – RIGHT: Matthew Sheridan is arrested by the police.

On the night of the murder, Louis had travelled from his home in Devon with a friend to stay with other friends in Yeovil. On the way, they stopped off in Newton Abbott to buy alcohol, including a bottle of vodka.

After arriving at his friend’s flat, they went to a local shop to buy food. While they were out, Sheridan, who was staying with a friend in the same apartment block, went into their flat via a roof and stole the bottle of vodka.

After returning from the store, there was a brief verbal dispute between Louis and Sheridan about the stolen alcohol. A short time later, Sheridan went down to the flat Louis was staying in armed with a knife and once inside, stabbed him repeatedly in the head, neck and shoulders.

Senior Investigating Officer, DCI Phil Walker, of the Major Crime Investigation Team, said: “This man carried out a relentless and savage attack on Louis Bednall in front of his friends. The level of explosive violence he used in those moments beggars belief.

“Afterwards, he returned to his friend’s flat and recorded a series of videos which were posted on social media. A further video, which was not posted, depicts a man who was callous and remorseless in the aftermath of the horrific act he had just committed.

“He has refused to take any responsibility for his actions, instead trying to blame someone else and repeatedly telling lies in a vain attempt to evade justice.

“A significant investigation was carried out resulting in 200 hours of CCTV camera footage being viewed, 231 statements taken and 611 exhibits seized.” 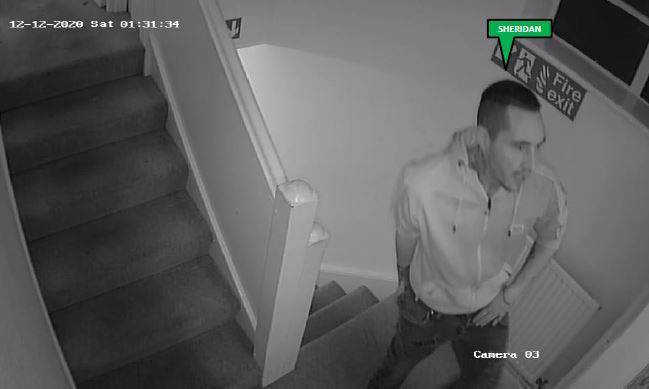 PHOTO - ABOVE: CCTV captures Sheridan outside the flat just prior to the attack on Louis Bednall.

DCI Walker continued: “Louis was a loving and caring family man. A father and grandfather who went out of his way to help others and made friends wherever he went; his death leaves a huge gap in the lives of many. It was Louis’ determination to diffuse a situation and protect the friends he was visiting that has sadly cost him his life.

“I would like to thank my team for their hard work, dedication and professionalism over the last eight months to see justice served. Louis has been at the centre of our thoughts throughout our investigation.

“Finally I would like to again offer my sincere condolences to Louis’ family who have had to sit and listen to repeated lies and some very disturbing evidence throughout the trial.

“They have held themselves with grace and dignity throughout, showing a united strength that is beyond comprehension in such horrendous circumstances. I hope that today’s verdict helps them to feel a sense of justice but I am acutely aware that this does not come close to filling the gap they all feel in their hearts. Our thoughts remain with them.”