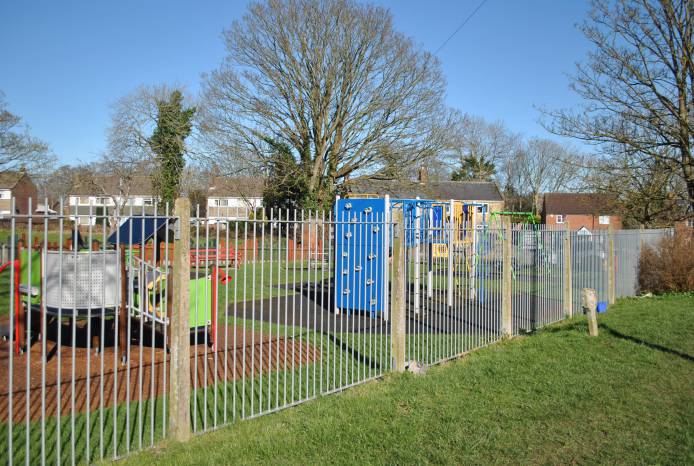 COUNCILLORS are investigating what to do about improving the play area within the Johnson Park complex in Yeovil.

The play area is provided by the parish council, but it does not own the land and there are a number of issues which need addressing following an inspection.

“We’ve also looked at the possibility of putting in an external gate onto the park, but this has never been taken any further.”

Councillors mentioned at the council’s monthly meeting on February 17 – which was held via the Zoom conferencing technology – that if the main gates to Johnson Park are closed and locked it means children cannot access the play area.

It was said during the meeting that some children have been getting into Johnson Park through a hole in the fence.

While Cllr Margot Woodward said: “When Johnson Park is closed the play area is closed and a lot of mums are worried about their children climbing over the fence.”

And Cllr Sharon Hackett said that some parents were actually lifting their children over the high perimeter fence into the play area.

Mr Ledger later told the Yeovil Press that it has been suggested that the outer fence be moved to inside and a shorter fence be put on the outside of the play area to allow children access without them actually being able to get into the main Johnson Park complex.

“Obviously, this would need to be negotiated with Johnson Park and we are now looking at options of both leaving the fences as they are but replacing the internal fence or switching them round so that the play park can be accessed at all hours,” he said.

Councillors also heard that there have been anti-social problems of people drug-taking and drinking booze on the grass area outside the main entrance to Johnson Park.

Cllr Rob Stickland said the police should be notified of any anti-social behaviour issues in the area as all information would go towards “building a picture to help eradicating the problem.”

Councillors are looking at replacing the fencing and the possibility of putting in an external gate to the play area.

Cllr Royston Spinner said safety had to be of paramount importance to prevent any child running out of the play area into the road which can get busy at peak times of the day.

The park and play equipment had extensive renovations in 2017, but safety matting needs improvement.

PHOTO - TOP: The play area at Johnson Park which is currently inaccessible to children – unless they can get over the high perimeter fence. Photo: Steve Sowden.