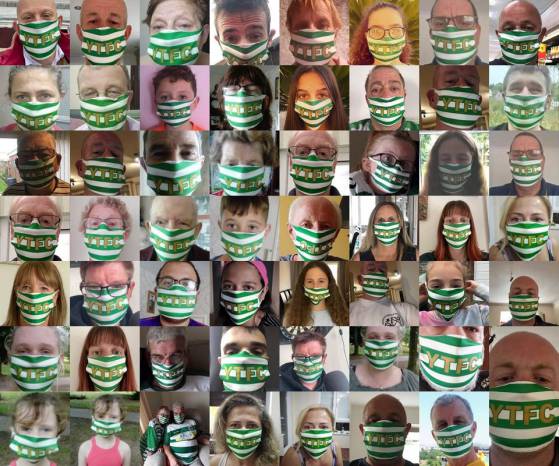 THREE Yeovil Town fans have joined forces to set up a new business to supply clubs, businesses and organisations with quality branded clothing.

GMM Brandtex was the brainchild of Glovers’ supporters Gavin Young, Mark Kelly and Michael West when the wearing of masks in shops became compulsory because of the Covid-19 pandemic and they spotted a gap in the market to brand social face coverings to tie in with club colours and local company uniforms.

Michael, the group’s self-proclaimed head of marketing, said: “Our business philosophy is what we call the two Qs - Quick and Quality.

“We aim to produce a quality product with quick turnarounds for our clients, something we've been able to achieve, a hundred percent of the time, even in these unprecedented of times. We are also able to complete lower minimal orders of 25 pieces, making branding more affordable to the smaller business.”

“We’ve been really pleased with the response we’ve had from clubs and businesses,” added Michael.

The face coverings for Yeovil Town fans have also resulted in GMM Brandtex making a £150 donation to the Adam Stansfield Foundation with a percentage from each item going to the charity.

Former Yeovil player Stansfield died of bowel cancer at the age of 31 in 2010. The foundation works in offering children football in Devon, Somerset and Herefordshire, the three counties in which he played professionally, as well as increasing opportunities for the disabled to take part in the sport. The foundation also aims to increase awareness of bowel cancer.