YEOVIL NEWS: Yeovil will be illuminated for Christmas but switching-on ceremony is cancelled 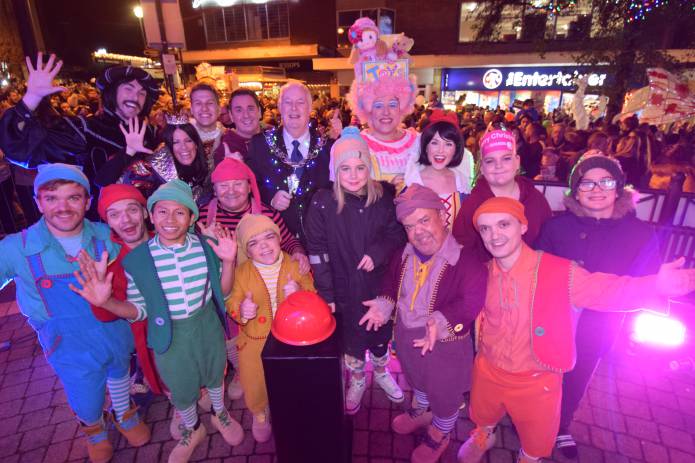 THE inevitable decision has been made to cancel this year’s Christmas Lights Switching-On ceremony in Yeovil – although the town WILL still be illuminated with festive decorations.

The annual lantern parade, entertainment and switching-on ceremony in late November officially kicks-off the countdown to Christmas in Yeovil each year and attracts hundreds of people into the town centre.

But because of the ongoing coronavirus pandemic and restrictions on large gatherings, the decision has been taken by event organisers Love Yeovil to cancel this year’s festivities.

Members of Yeovil Town Council’s promotions and activities committee were told, however, on Tuesday, September 15, that there would still be Christmas lights.

Town clerk Amanda Card, speaking via the Zoom conferencing technology, said: “The important message to stress is that Yeovil will still have its light display and Christmas tree.”

Miss Card explained that Love Yeovil was considering a live stream event – although the date and time would not be advertised so that large crowds were not drawn.

Love Yeovil is also looking to host a “virtual” Lantern Parade and the council supported a request to sponsor 100 parade kits for £700 which will be available for people nearer the time.

The idea of holding a “virtual” switching-on ceremony was fully supported by councillors with the Mayor, Cllr David Recardo, saying he was looking forward to flicking the festive switch.

“The lights cost the council a huge sum of money each year and I do think the Mayor – whoever it is – should switch them on,” he said.

“I think it’s an excellent idea for us to sponsor the lantern kits - it’s something positive for us to do for the community.”

It is expected that people will be asked to film their own lantern parades at home and send them into the Love Yeovil organisation which will then put them into a video – which could be shown ahead of the actual lights switch-on.