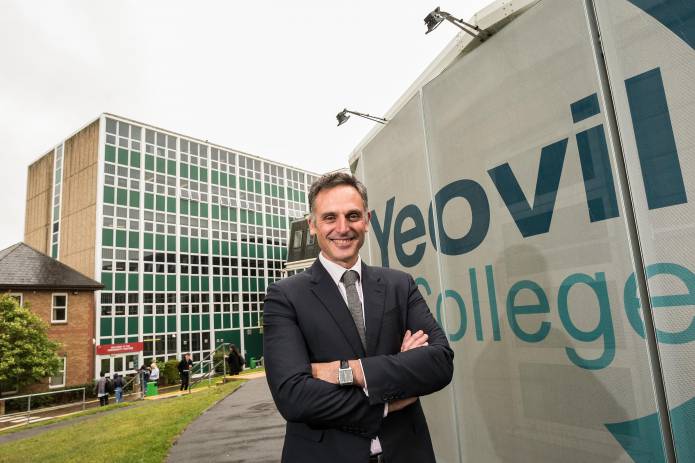 THE Corporation of Yeovil College has announced the appointment of Mark Bolton as the college’s new chief executive and principal.

Mr Bolton, who is currently vice-principal at the college, will be taking over from John Evans who will leaving Yeovil at the end of September to take on responsibilities for Cornwall College Group.

Chairman of the Yeovil College Corporation, Jacquie Dean, said: “We are immensely proud of the achievements from students and staff which have placed Yeovil College in the Top 20 of colleges in the country and see this exceptional college, at the heart of the community, go from strength to strength.

“John surrounded himself with an extremely strong team at all levels and has established an ethos of helping students achieve and beat their own ambitions.

“It is therefore particularly reassuring that the baton passes to vice principal Mark Bolton who has himself played a vital role in these achievements.

“Mark is well-positioned to continue the development of Yeovil College and we know he will receive the same community support that John has enjoyed.   We will support Mark all the way and wish him great success in his new role.”

Mr Bolton said: “I first worked with John during 2008 in a previous role at a college in the North East of England where he supported me developing a team of 70-plus lecturers.

“His impact was instant and it was immediately clear we were on the same page. I moved to Yeovil College from the North East in November 2015 for the opportunity to work with John full-time and learn from him.

“Since then my family and I have settled into the community in South Somerset and the five of us enjoy a busy family life.

“The staff and students at Yeovil College have become such a big part of my life and I am delighted to be able to continue John’s brilliant work and make a further commitment to the Yeovil community.” 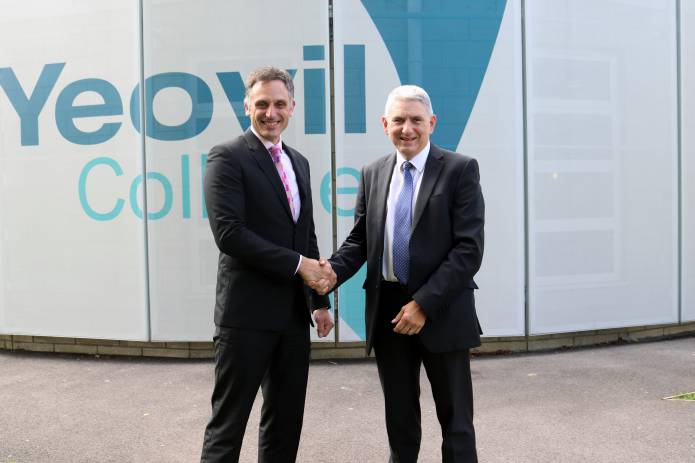 Mr Bolton, who will officially take on his new responsibilities on October 1, added: “It is a huge privilege to be John’s successor and it is obviously with mixed emotions that I say goodbye to John from Yeovil, although I am hugely excited at the prospect of following in his footsteps and leading such an amazing group of students and staff; and of course building on the relationships John has established in our community.

“I wish John every success in the future and am confident we will continue to share ideas and conversations on a regular basis in the months and years ahead.”

Out-going Mr Evans said: “I have had a fantastic 5 years at Yeovil College surrounded by brilliant staff and students.

“The college has become a big part of my life and I have made many friends. The college has positioned itself as one of the top performing colleges in the country consistently achieving outstanding learner outcomes year on year.

“It will be sad to say goodbye especially to all of the stakeholders, employers, schools and local community who have been brilliant in supporting the college in making it a college to be proud of.

“However, the college could not be in better hands with Mark Bolton as my successor. I have worked alongside Mark for a number of years and we both have the same philosophy, which is to ensure that every learner gets an outstanding experience.”