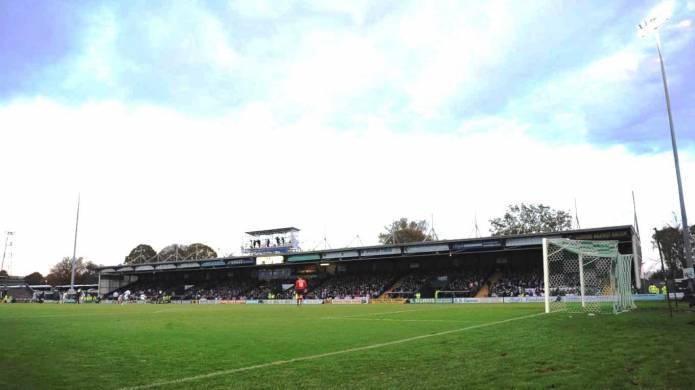 SOUTH Somerset District Council is looking at buying Huish Park and other land owned by Yeovil Town FC to help ease financial pressures on the club caused by Covid-19.

If agreed, the proposal, which will be on the council’s District Executive agenda next week, would see the authority purchase the main property and land assets of the club at Huish Park and lease it back to the club.

The intention is to help ease the club’s short-term financial concerns which have been caused by the coronavirus pandemic with crowds prevented from attending National League matches for public safety.

The proposal will also give Yeovil Town FC the option to buy back the land the club occupies in the future when its financial outlook has improved.

What are the details of the proposal?

South Somerset District Council has been providing a wide range of support to businesses that have been impacted by Covid-19 including helping to issue millions of pounds in grants. This is with a view to protecting our local economy and jobs.

Yeovil Town Football Club approached South Somerset District Council regarding the difficulties it is facing during the pandemic and the council's commercial team investigated options which benefited both the club and South Somerset residents.

A council spokesman said: "It is the only professional football club in Somerset and it makes a significant contribution to both the local economy and more widely in terms of community, education and local civic pride.

"This includes the community impact of the club’s charity, the Yeovil Town Community Sports Trust, which strives to make a positive difference for all through sport and learning for thousands of local people through its work with local schools and its own Soccer Schools."

The council is considering purchasing the entire freehold and leasehold interests held by Yeovil Town Football Club in the Huish Park ground.

Crucially, the council will not own or be becoming a shareholder of the football club.

Instead, Yeovil Town FC would become a tenant of the council in a similar way to the other companies who are commercial tenants of the authority such as B&Q, Marks & Spencer and Go Compare.

The council spokesman added: "It would also benefit residents as the investment will provide a net initial yield of around 7%, which is line with the approved target level of commercial returns on investment property assets purchased by the council. The income generated from the investment would be reinvested in services and projects which benefit our communities.

"Some financial elements of this proposal are currently restricted due to commercial sensitivities. You will be able to see more details and the report associated with this decision on the council’s website from Thursday, November 26."

The proposal will be considered by South Somerset’s District Executive committee on Thursday, December 3.

If agreed, the deal will give the club a chance to improve its prospects for recovery and the proposed structure of the deal enables the club to continue to pursue the potential for developments at the Huish Park site, in order to secure its position in the long-term.

The site is a registered community asset and, as such, Yeovil Town Supporters Society Ltd will be given the opportunity, prior to any sale of the registered property, to consider if they wish to have the opportunity to prepare and submit a bid.

However, if any written intentions are received, this could cause a delay to proceedings of six months during which time the club could face more serious financial difficulty.

The club and the council will work with the Yeovil Town Supporters Society to find the right solution for the future of the club.

The council spokesman said: "This proposal has been put forward due to the importance of Yeovil Town Football Club in South Somerset but we continue to recognise the difficulties faced by a number of other businesses and organisations at this time.

"A wide range of support is available through the council or from the Government.

"More than £40m in grant funding has been issued by the council to thousands of businesses and organisations to support them through this crisis and further grants are available now."