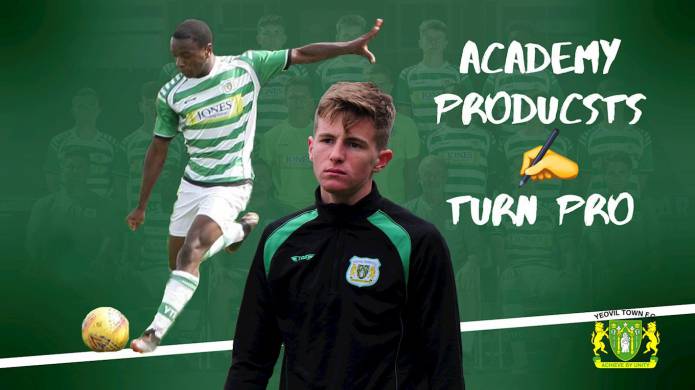 The duo become the third and fourth under-18s to make the switch to the first-team on a permanent basis in the last six months and will be a part of new manager Darren Sarll's squad for the upcoming 2019-20 campaign.

John, 18, discussed his future in green and white with Town's new boss and subsequently signed a two-year deal.

Having spent much of the second half of the 2018-19 campaign training with the first team as well as being named on the bench for two league encounters, the versatile midfielder has also spent time with the Wales Under-19 squad.

Graduating from the academy, the Welshman will also be joined by fellow 18-year-old Shako who has signed a six-month contract.

The lively winger starred for the Under-18s in what concluded to be the academy's best-ever league finish last season and, along with John, will now join recent graduates Gabriel Rogers and Daniel Ojo in the first team.