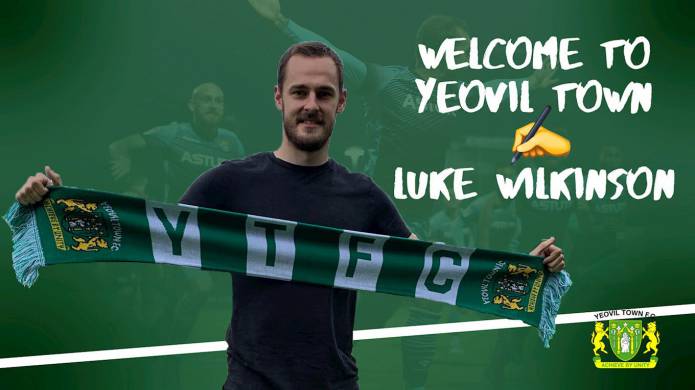 NEW Yeovil Town manager Darren Sarll has made his first signing of the summer by securing the services of defender Luke Wilkinson subject to clearance.

The 28-year-old arrives on a free transfer after making 118 appearances for Stevenage during a three-year spell in League Two.

Signing a two-year deal at Huish Park, the central defender links up with his former boss after becoming a regular during Sarll’s tenure at Broadhall Way.

Reunited with the 6ft 2ins defender, Sarll, said: “I’m delighted to be reacquainted with Luke, a player and person I know very well. He brings defensive qualities, experience and a physicality I feel we were lacking.

“Even better, Luke is a Somerset lad and he and his family want to return ‘home’ and live in this part of the world. He’s bought into being part of this football club and will be a great addition to the squad.”

Having spent the majority of his career playing for clubs close to the capital, Wilkinson returns closer to his Wells roots where he was picked up by Bristol City as part of their academy.

Moving on from Ashton Gate, he had spells at the likes of Portsmouth, Northampton, Dagenham and Redbridge and Luton before joining Stevenage in the fourth tier.

A club spokesman said: “All at Yeovil Town welcome Luke to the club and wish him all the best during his time in green and white.”