YEOVIL NEWS: Councillors being recommended to turn down Sainsbury’s plans 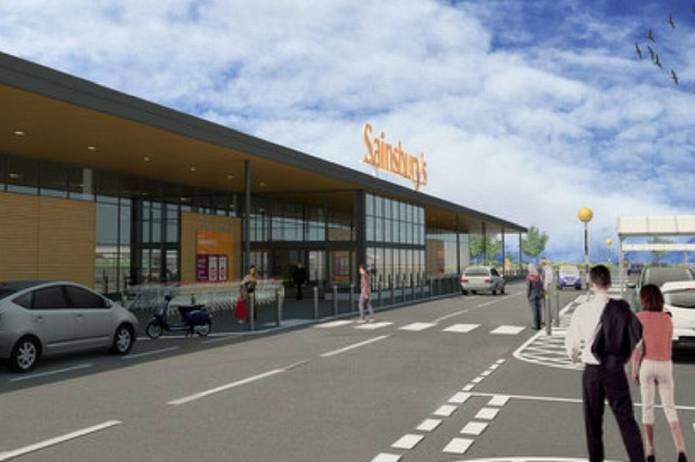 YEOVIL people will soon find out whether a new supermarket, petrol station and business complex will be built on the western edge of their town.

It has been two years since the Abbey Manor Group put forward plans for the Bunford Park site, located off the A3088 between the Westlands through-about and the Lysander Road crossroads.

Since then multiple versions of the plans have been submitted, as the developer sought to allay South Somerset District Council’s concerns that allowing such a complex would damage the town’s high street.

Now a decision on the plans will at last be taken, at a special meeting of the council’s Area South committee in Yeovil on Tuesday, June 25.

The 21.6-hectare site is being split into two separate applications, which will be considered jointly by the committee rather than one after the other.

The first application concerns the creation of a Sainsbury’s store measuring some 8,443 sq m, along with a petrol station, 445 parking spaces and a new roundabout to provide access.

This section of the site will also include offices and light industrial buildings amounting to a further 2,040 sq m, with 34 parking spaces.

The other, less detailed application, envisions the creation of a business park with offices and light industrial units totalling 56,051 sq m, with a second access point being created on Bunford Hollow.

The Abbey Manor Group and Sainsbury’s have argued the outlet’s impact on the town centre will be “minor and certainly less than substantial.”

It has also argued the site will contribute up to £112.9M to the local economy and could create more than 3,000 local jobs over the first 15 years of its life. 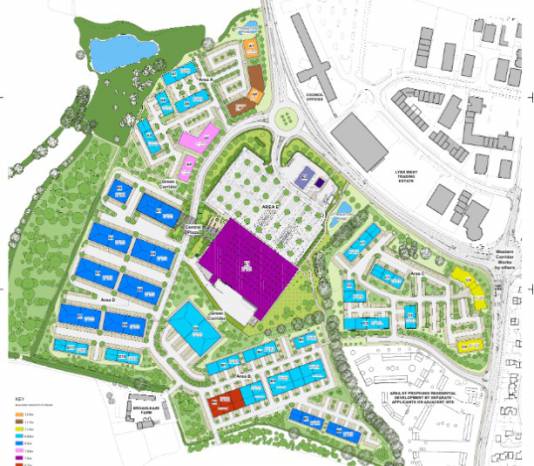 PHOTO - TOP: How the new supermarket store could look if it gets planning permission.

PHOTO - RIGHT: A layout of the proposed development.

In a bid to persuade the council, the applicant has offered to contribute to its Yeovil Refresh initiative to regenerate the town centre, gifting the former St Margaret’s Hospice shop on Middle Street - worth around £150,000 - and contributing £25,000 towards work to open up the former Cattle Market site.

It has also offered to instate a free off-peak bus service to the town centre for up to four days a week, with funding being in placed for two years and new bus stops on the A3088 being provided.

But Marc Dorfman, the council’s senior planning advisor, is still recommending the development be turned down by councillors on the basis of the damage it will do to the town centre.

“Allowing this application for additional ‘out-of-centre’ floorspace will erode the confidence of landowners wishing to progress development proposals within the town centre, where sites are more expensive,” he said in a written report.

“The market is increasingly competitive and fragile; as such, this proposal could compromise the approved strategy for regenerating, enhancing and improving the vitality of Yeovil town centre.”

The Area South committee will meet at the council’s headquarters off Brympton Way on June 25 at 2pm. The public are welcome to attend.

If councillors vote against their officers and decide to approve the complex, the final decision will be made by the regulation committee, which is next due to meet on July 16.