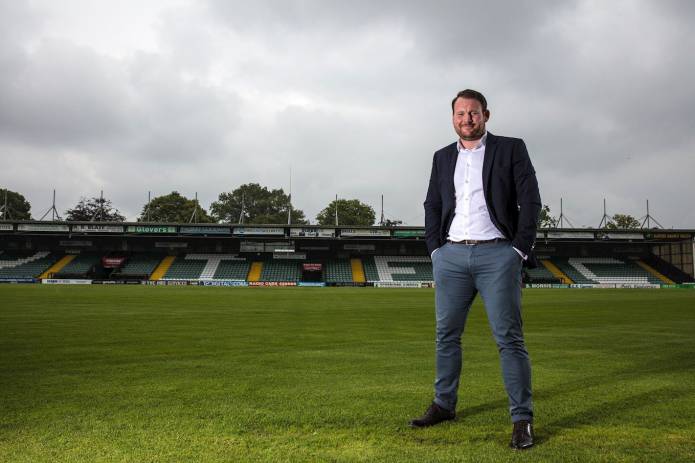 Signing a three-year contract, Sarll's appointment on Wednesday (June 19, 2019) has been approved by the consortium who successfully agreed terms to purchase the club the previous Friday and marks the start of a new chapter at Huish Park.

The 36-year-old arrives with a strong reputation for developing young players and boasts a 15-year coaching career that has included spells at the likes of Brentford, Rotherham United and Stevenage.

Identified as the ideal candidate for the challenge of taking the club forward as it enters a new era, Darren will now follow on from his two-year tenure at League Two outfit Stevenage between 2016 and 2018.

During his time at Broadhall Way he guided Stevenage to a tenth-place finish in 2016-17, whilst earning widespread plaudits for developing youth talents such as Ben Wilmot and Ben Kennedy, with the club receiving a seven-figure fee for the former’s move to Premier League outfit Watford.

Most recently Head of Academy at Watford himself, Darren now heads to the South West to lead the club’s assault on the National League in 2019-20.

Current Yeovil Town chairman John Fry said: “These are exciting and challenging times for the Glovers. To achieve our goal of promotion back to the EFL, Darren will require the full support of everyone at Huish Park including all of our season ticket holders and our regular supporters.

“Darren’s appointment has been made with the full backing of the new owners and a further announcement on this will be made shortly, once we have received approval from the National League.

“I would like to thank all Glovers’ supporters, staff and players for their patience whilst the search for a new manager has been carried out.”