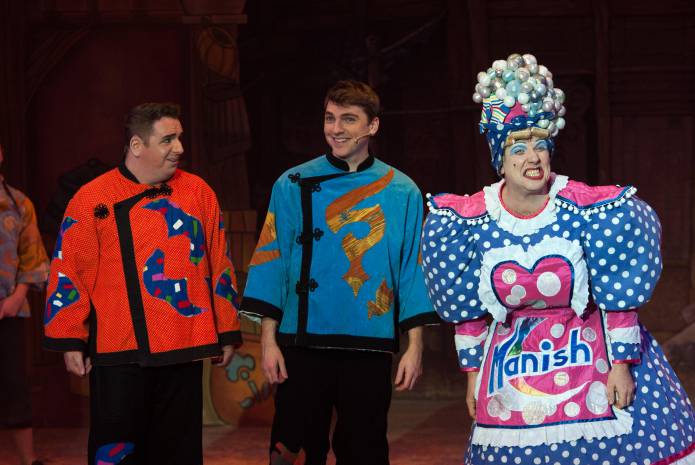 THE cast of the Aladdin pantomime have been filling the Octagon Theatre in Yeovil with a huge bubble of laughter and sunshine – although the weather outside has been wet, windy, cold and miserable.

The Evolution Pantomimes team is once again bringing the magic of panto to the Octagon over the festive season and the crowds have been pouring into the theatre for their annual injection of theatrical mayhem. 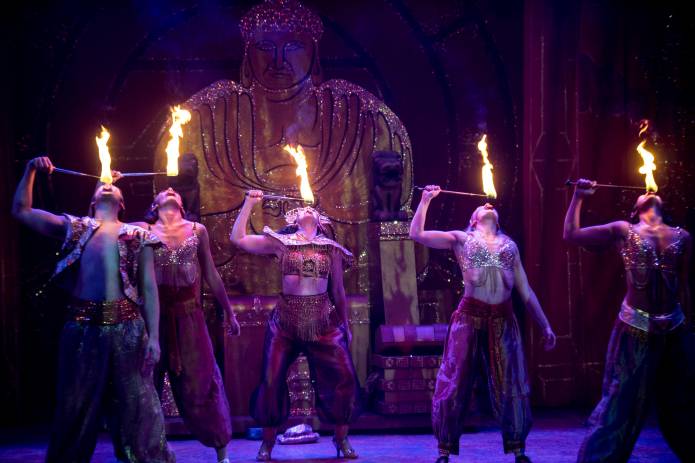 There is an old adage that “if it’s not broken, don’t fix it” and that certainly rings true with the Octagon panto.

There are some very familiar sketches, probably some of the same corny jokes, and they take the mick out of the likes of Chard and Weymouth year after year …… but who cares – the audience loves it and long may it continue! If the phrase “we’ll have to sing it again then won’t we” needs to come to the fore it is now when you consider that some of the long-standing members of the cast freely admit that the audience “know what’s coming next.” 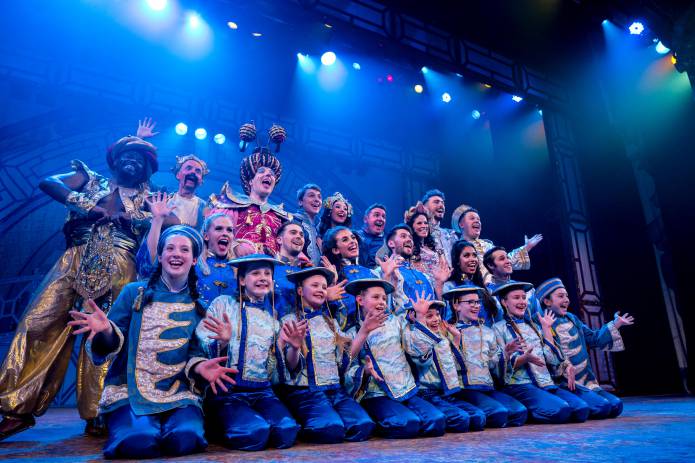 People like continuity and the Octagon panto has definitely got continuity in abundance. Evolution Pantomimes have been working with the theatre now for the past seven years, Lizzie Frances (Spirit of the Ring – proper-job West Country accent as well) has been in six pantos at the Octagon, while hi-ya Wishee crowd favourite Jack Glanville (Wishee Washee) is now into his fourth successive panto here in Yeovil.

The likes of Lizzie and Jack are just as much a part of Christmas now in Yeovil as is turkey, tinsel and stuffing – and long may that continue because they are much-loved by the panto audience members regardless of whether they are young, old or just young-at-heart.

It’s great to see a couple of home-grown lads in the panto as well this year with “Crewkerne boy” Thom Ford playing the nasty-boo-hiss-but-rather-amusing Abanazar (I’m sure I saw him working a few years ago as a paper boy in Crewkerne); plus Yeovil born-and-bred Jonny Purchase as Aladdin himself.

Add-in Gordon Cooper as the perfect panto dame Widow Twankey and Aladdin’s love interest Princess Jasmine (Sorsha Talbot-Hunt) the stage is set along with John Hester as Emperor of China, the King of the Custard Pie in the Face frontman George Akid as PC Pongo and the ladies took a real liking to the Genie of the Lamp, Anton Stephans.

The panto is also blessed with a great team of dancers who certainly do their bit to produce the magic along with the “young villagers” from the Helen Laxton School of Dance and the Dance Factory. 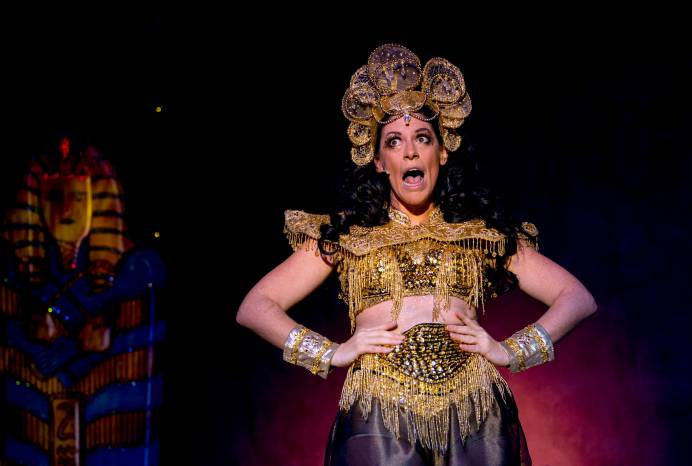 The music is great, the scenery is fab and the corny jokes are still corny and well done on a superb performance on the evening of Saturday, December 8, to game-for-a-laugh audience member Martin who was Widow Twankey’s “love interest” for the night.

The children in the audience loved the show, the mums and grans loved the show and – if the truth be told – so did the “grumpy dads” who initially probably wanted to be down the pub rather than sat in the theatre.

I’m sure I heard some of those dads whistling “Bring Me Sunshine” as they walked back to the car park after the show. Surely that must mean it's a job well done once again by the Octagon Theatre and Evolution Pantomimes! 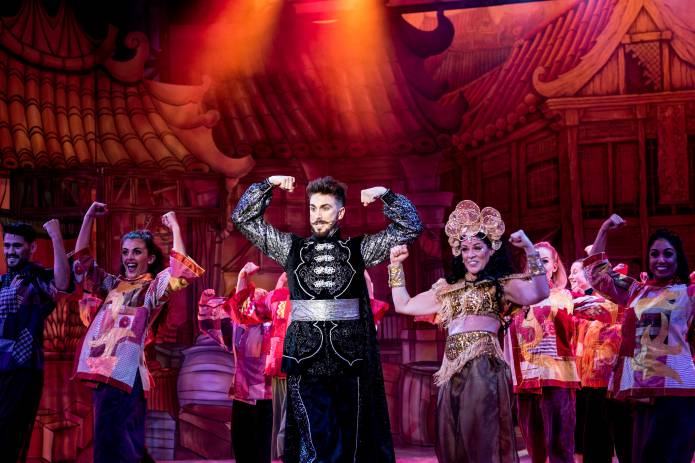 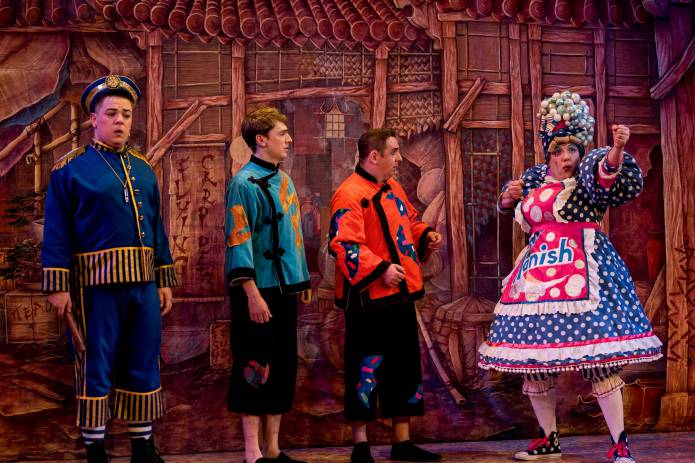 PHOTOS: Courtesy of the Octagon Theatre.