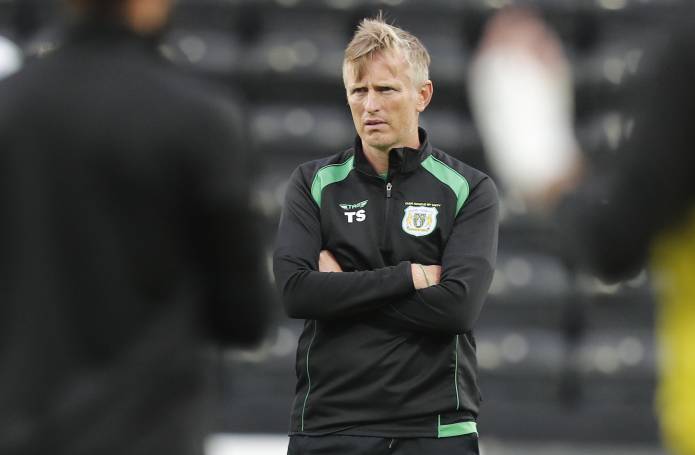 YEOVIL Town can confirm that long-standing club stalwart Terry Skiverton has taken the decision to move on from his role as assistant manager with immediate effect.

Spending close to two decades at Huish Park – with the last nine-and-a-half years spent in first-team management roles – Skiverton will now look to explore coaching options elsewhere within the club following a sabbatical.

A loyal servant, Skiverton has been at the forefront of the club's most successful period in history throughout his time in Somerset.

Making the decision to primarily spend more time with his family, Skivo wrote the following open letter upon standing down from first-team duty:

“After lots of consideration and with an extremely heavy heart, I have decided to step down as assistant manager of Yeovil Town Football Club. I feel it’s time for me to step aside and spend more quality time with my family that I have sacrificed in the nine-and-a-half years in my management roles before pursuing any new challenges in my professional career.

“To the players past and present, it has been a joy coaching and developing you whilst going into battle week in, week out. I hope I have helped you to grow as players as well as role models. I would like to thank the manager but most importantly, my friend Darren Way, with whom I have shared battles and campaigns on the pitch as well as in the technical area where we enjoyed arguably our greatest ever achievement of being promoted to the Championship with Gary.

"Last but by no means least, I would like thank the supporters for their support during my time as a player, manager and assistant manager. I have been at Yeovil Town FC for almost half of my life and I look forward to moving my relationship with the supporters over into my next chapter. I would like to think that I will always be remembered for being a wholehearted, passionate, committed and hardworking servant within the first-team environment.

“My continued support goes out to the current team and my wish is for us all to come together and get behind the team for our future success. For now, my focus is my family before I begin the next chapter in my career.”

Manager Darren Way added: "I totally understand and respect Terry's decision, as for me, his happiness is more important than anything else.

"I know how hard the role is and have total respect for his loyalty and service to this football club.

"He's sacrificed a huge amount with regard to his family with his dedication for the job and deserves his time to spend with them for the time being."