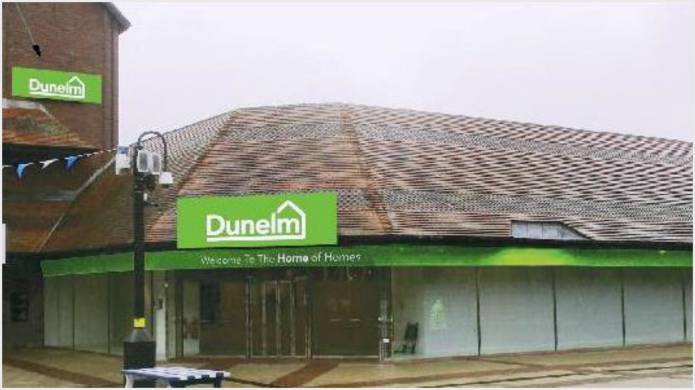 NATIONAL home furnishing store Dunelm looks set to take over a large vacant retail site in the Quedam Shopping Centre in Yeovil which has been left empty since the demise of BHS.

Plans have been submitted to South Somerset District Council for Dunelm to put up company signage at the former BHS store at 12 Ivel Square.

Included in the planning application is an artist’s impression of how the Dunelm signs will look on the building which has been left empty since BHS closed on July 23, 2016.

Dunelm has 169 superstores and three high street stores around the country, but only one outlet in Somerset – in Taunton; although other stores can be found at Weston-super-Mare, Bristol and Exeter.

The company was founded in 1979 by Bill Adderley and Jeany Adderley when they traded in home textiles from a market stall in Leicester.

A decision on the Dunelm planning application is expected to be made by South Somerset District Council in early January 2019.

More news on this later.

PHOTO: How the store in the Quedam Shopping Centre could look if Dunelm take over the former BHS premises.