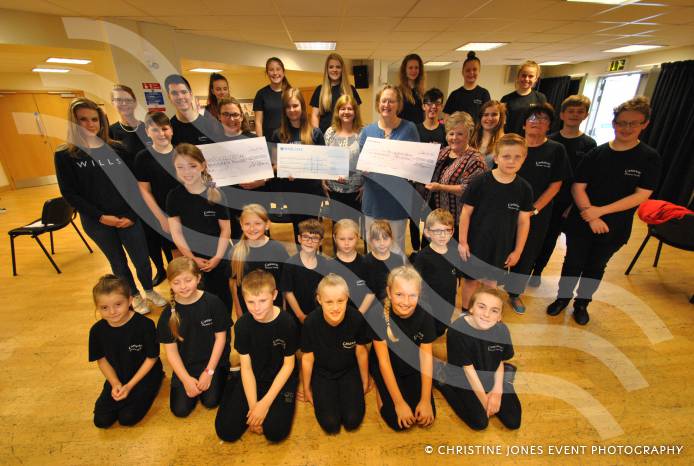 TALENTED young performers and their leaders at the Yeovil-based Castaway Theatre Group have certainly hit the right note with a trio of local charities and organisations by presenting cheques worth £2,500.

The money was raised from Castaways’ fabulous Showcase show held on Sunday, September 18, 2016, along with some of the proceeds from the group’s amazing production of The Wizard of Oz – both events held at the Octagon Theatre in Yeovil – earlier this year.

The Castaways presented £1,500 to Victoria Poole of St Margaret’s Somerset Hospice; £500 to Angela Harland and Carol Thomas from the Long Sutton Support Base for Autism; and £500 to the Crohn’s & Colitis UK group which was represented by Castaways’ very own Andrea MacLauchlan.

Lynn Lee Brown, the founder and driving force of the Castaways, said she would like to thank everyone who supported their shows which had made it possible to hand out £2,500 to these worthwhile causes.